Brothers and sisters, I do not consider myself to have attained this. Instead I am single-minded: Forgetting the things that are behind and reaching out for the things that are ahead, with this goal in mind, I strive toward the prize of the upward call of God in Christ Jesus.

It is not by regretting what is irreparable that true work is to be done, but by making the best of what we are. It is not by complaining that we have not the right tools, but by using well the tools we have. What we are, and where we are, is God’s providential arrangement God’s doing, though it may be man’s misdoing. Life is a series of mistakes, and he is not the best Christian who makes the fewest false steps. He is the best who wins the most splendid victories by the retrieval of mistakes. 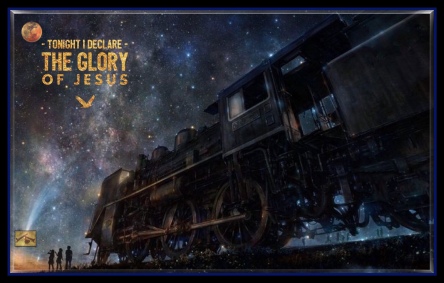 RAISING UP YOUR CHILDREN

I pray that God will give you wisdom to raise your children properly. May you understand the importance of discipline and the necessity of applying it consistently. May you never be a willing party to your children’s ruin by withholding discipline. I pray that you will not exasperate your children, but instead build a loving relationship with them. May you spend quality time with them and assure them of your love daily. May your children’s lives be blessed as you raise them up according to God’s Word.

Love to the Brethren

Dear friends, let us love one another, because love is from God, and everyone who loves has been fathered by God and knows God.

Bless’d be the tie that binds

Our hearts in Christian love;

The fellowship of kindred minds

Jabez called out to the God of Israel, “If only you would greatly bless me and expand my territory! May your hand be with me! Keep me from harm so I might not endure pain!” God answered his prayer.

A coast means a boundary line such as divides one territory from another, or terminates a country, as the sea coast is the boundary of our island. Every quickened soul has a coast; that is, a territory of inward experience, which is limited and bounded by the line that the Holy Spirit has drawn in his conscience. As the Lord divided the tribes, to cast their inheritance by line (Psalm 78:55), so has he cast the lot for every vessel of mercy, and his hand has divided it unto them by line (Isaiah 34:17). This is as it were the tether which fastens down every quickened soul to his own appointed portion of inward experience. Within this tether he may walk, feed, and lie down. It is “the food convenient for him,” the strip of pasture allotted him. He cannot, he dare not break this tether, which is fastened round a tender conscience, and every stretching forth beyond his measure to boast in another man’s line of things, cuts into and galls this tender conscience. But the living soul cannot but earnestly desire to have his coast enlarged. He wants more light, more life, more feeling, more liberty, more knowledge of God in Christ, more faith, hope, and love, and to have his narrow, contracted, shut-up heart enlarged in prayer, in meditation, in communion, in affection to the people of God.

He is not satisfied with the scanty pasture allotted him, but wants a larger measure of heavenly teaching, to be indulged with more filial confidence in, and access unto God, and be more delivered from that fear which has torment. “God shall enlarge Japheth, and he shall dwell in the tents of Shem” (Gen. 9:27). “I will run the way of your commandments, when you shall enlarge my heart” (Psalm 119:32).

This enlargement of their border the Lord had sworn to Israel, and to give them all the land which he had promised unto their fathers; and therefore when he had said, “Sing, O barren, you that did not bear,” he adds, “enlarge the place of your tent, and let them stretch forth the curtains of your habitations; spare not, lengthen your cords, and strengthen your stakes” (Isaiah 54:1, 2).

Have you any of these fervent desires after light, love, and liberty, that the world, pride, lust, unbelief, covetousness, and carnality may not shut up your heart, but that you may know the love of Christ that passes knowledge, so as to be filled with all the fullness of God? These are good desires, and very different from rushing presumptuously forward, and chattering about liberty while you are slaves of corruption. It is one thing to look through the park gates, and another to enjoy the estate; but it is far better to look through the gates with wishful desires, than to break down the fence as a trespasser. To look upon the coffer is not to be put into possession of the writings, but it is better to wait and cry for the key of David than break it open, and steal the deeds. And he that is kept in the narrow, narrow path between sloth and presumption will be at solemn seasons crying out with Jabez, “O that you would enlarge my coast!”

Even when an army is deployed against me, I do not fear. Even when war is imminent, I remain confident.

Lay thou the laws of thy deliberate will.

Though Hell’s lost legions ring thee round with fire,

The confidence in another man’s virtue is no slight evidence of a man’s own, and God willingly favors such a confidence.

My Father, may I ever be kept in remembrance of my virtue, and may I be sensitive to its strength. As I go on my way, keep me within control of the impetuous desires of my nature, and in call of the duties and obligations of my daily life. Amen.

My brothers and sisters, consider it nothing but joy when you fall into all sorts of trials,

We do not always feel joyful, but we are to count it all joy. The word reckon is one of the key–words of Scripture. It is the same word used about our being dead. We do not feel dead. We are painfully conscious of something that would gladly return to life. But we are to treat ourselves as dead, and neither fear nor obey the old nature.

So we are to reckon the thing that comes as a blessing. We are determined to rejoice, to say, My heart is fixed, O God, I will sing and give praise. This rejoicing, by faith, will soon become a habit, and will ever bring speedily the spirit of gladness and the spontaneous overflow of praise.

Then, although the fig–tree may wither and no fruit appear in the vines, the labor of the olive fail and the fields yield no increase, the herd be cut off from the stall, and the cattle from the field, yet we will rejoice in the Lord, and joy in the God of our salvation.

On Jesus’ bosom naught but calm is found;

Jesus we know, and He is on the throne.

He first found his own brother Simon and told him, “We have found the Messiah!” (which is translated Christ). [John 1:41 NET]

We must notice the kind of argument Andrew used with his brother. He just went to him with a great joy in his heart, ‘the joy of discovery and of satisfaction,’ and told him about it. An English preacher gives in a sermon this illustration, showing how much more convincing power there is in a little bit of real Christian life than there is in a large amount of apologetics.

A minister delivered in his pulpit a very fine course of lectures in refutation of some form of infidelity. He delivered the course chiefly for the benefit of one man that attended his place of worship. The man was sceptical, and the preacher hoped to remove his doubts. Shortly after the close of the lectures this man came and declared himself a Christian. The minister was very glad, and said to him, “Which of my discourses was it that removed your doubts?” The answer was, “Oh, it was not any of your sermons that influenced me. The thing that set me to thinking was a poor woman that came out of the chapel beside me one night and stumbled on the steps. I reached out my hand to help her, and she said, ‘Thank you;’ then she said, ‘Do you love Jesus Christ, my blessed Saviour?’ I did not, and I went home and thought about it; and now I can say, I love Jesus.”

An ounce of heart is worth more than a ton of head in winning souls.

When we have really found Christ ourselves, the best way to bring others is just to tell them what Christ is to us. One word of genuine and hearty confession of Christ by a person whose soul is full of the new-found joy, is worth more than the most eloquent sermons to lead others to believe in Christ. Let us be sure that people know from us that we have really found Christ; then they cannot but be impressed. It will surely be a sad pity if we should so live that they will not suspect that we are Chrstians.