Give, and it will be given to you: A good measure, pressed down, shaken together, running over, will be poured into your lap. For the measure you use will be the measure you receive.”

He gave it for his opinion that whoever could make two ears of corn, or two blades of grass, to grow upon a spot of ground where only one grew before, would deserve better of mankind, and do more essential service to his country, than the whole race of politicians put together.

That man may last, but never lives,
Who much receives, but nothing gives;
Whom none can love, whom none can thank,—
Creation’s blot, creation’s blank.

Prayer
My Father,
preserve my soul from all selfishness. May I delight in thy teaching as I trust in thy word. I pray that I may not only speak truthfully, but that I may leave the door of my spirit open, that truth may always enter and abide continually.
Amen.

Problems are part of life. They are inescapable: woven into the very fabric of this fallen world. You tend to go into problem-solving mode all too readily, acting as if you have the capacity to fix everything. This is a habitual response, so automatic that it bypasses your conscious thinking. Not only does this habit frustrate you, it also distances you from Me.

Do not let fixing things be your top priority. You are ever so limited in your capacity to correct all that is wrong in the world around you. Don’t weigh yourself down with responsibilities that are not your own. Instead, make your relationship with Me your primary concern. Talk with Me about whatever is on your mind, seeking My perspective on the situation. Rather than trying to fix everything that comes to your attention, ask Me to show you what is truly important. Remember that you are en route to heaven, and let your problems fade in the Light of eternity.

He tends his flock like a shepherd: He gathers the lambs in his arms and carries them close to his heart; he gently leads those that have young.

“Martha, Martha,” the Lord answered, “you are worried and upset about many things, but only one thing is needed. Mary has chosen what is better, and it will not be taken away from her.”

But our citizenship is in heaven. And we eagerly await a Savior from there, the Lord Jesus Christ, who, by the power that enables him to bring everything under his control, will transform our lowly bodies so that they will be like his glorious body. 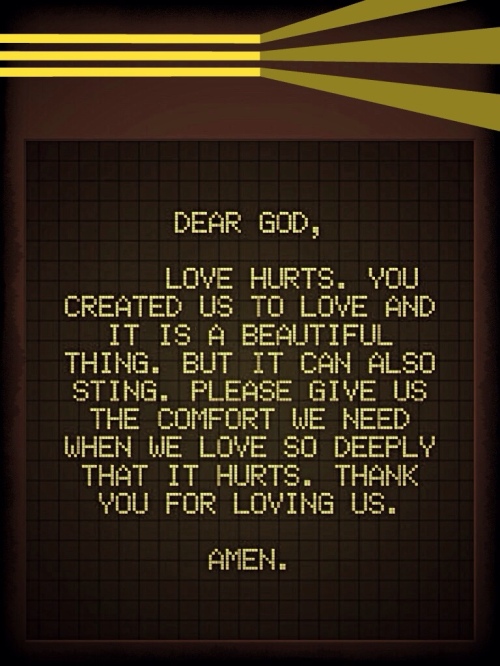 War always will rage between the two great sovereignties until one or other be crushed. Peace between good and evil is an impossibility; the very pretence of it would, in fact, be the triumph of the powers of darkness. Michael will always fight; his holy soul is vexed with sin, and will not endure it. Jesus will always be the dragon's foe, and that not in a quiet sense, but actively, vigorously, with full determination to exterminate evil. All his servants, whether angels in heaven or messengers on earth, will and must fight; they are born to be warriors-at the cross they enter into covenant never to make truce with evil; they are a warlike company, firm in defence and fierce in attack. The duty of every soldier in the army of the Lord is daily, with all his heart, and soul, and strength, to fight against the dragon.

The dragon and his angels will not decline the affray; they are incessant in their onslaughts, sparing no weapon, fair or foul. We are foolish to expect to serve God without opposition: the more zealous we are, the more sure are we to be assailed by the myrmidons of hell. The church may become slothful, but not so her great antagonist; his restless spirit never suffers the war to pause; he hates the woman's seed, and would fain devour the church if he could. The servants of Satan partake much of the old dragon's energy, and are usually an active race. War rages all around, and to dream of peace is dangerous and futile.

Glory be to God, we know the end of the war. The great dragon shall be cast out and for ever destroyed, while Jesus and they who are with him shall receive the crown. Let us sharpen our swords to-night, and pray the Holy Spirit to nerve our arms for the conflict. Never battle so important, never crown so glorious. Every man to his post, ye warriors of the cross, and may the Lord tread Satan under your feet shortly!

Why are you depressed, O my soul? Why are you upset? Wait for God! For I will again give thanks to my God for his saving intervention.

We are experiencing trouble on every side, but are not crushed; we are perplexed, but not driven to despair;

Oh, my soul, why art thou vexed?

Let things go e’en as they will;
Though to thee they seem perplexed,
Yet His order they fulfil.

The vexation, restlessness, and impatience which small trials cause, arise wholly from our ignorance and want of self-control. We may be thwarted and troubled, it is true, but these things put us into a condition for exercising patience and meek submission, and the self-abnegation wherein alone the fulness of God is to be found.

Every day deny yourself some satisfaction;—bearing all the inconveniences of life (for the love of God), cold, hunger, restless nights, ill health, unwelcome news, the faults of servants, contempt, ingratitude of friends, malice of enemies, calumnies, our own failings, lowness of spirits, the struggle in overcoming our corruptions;—bearing all these with patience and resignation to the will of God. Do all this as unto God, with the greatest privacy. 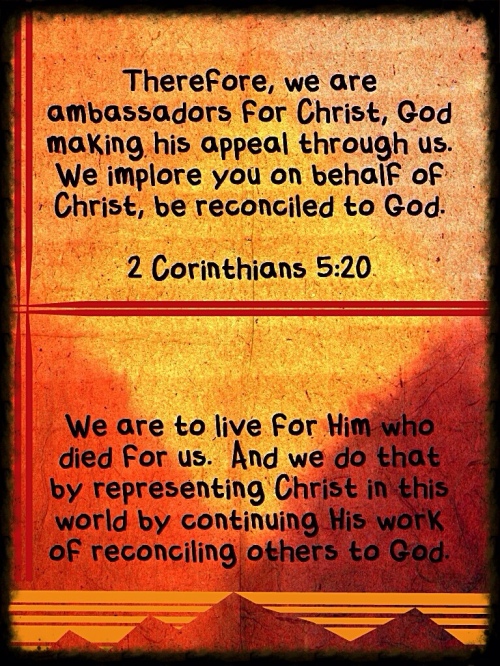 For whosoever shall keep the whole law, and yet offend in one point, he is guilty of all — James 2:10

The moral law does not consider us as weak human beings at all, it takes no account of our heredity and infirmities, it demands that we be absolutely moral. The moral law never alters, either for the noblest or for the weakest, it is eternally and abidingly the same. The moral law ordained by God does not make itself weak to the weak, it does not palliate our shortcomings, it remains absolute for all time and eternity. If we do not realize this, it is because we are less than alive; immediately we are alive, life becomes a tragedy. “I was alive without the law once: but when the commandment came, sin revived, and I died.” When we realize this, then the Spirit of God convicts us of sin. Until a man gets there and sees that there is no hope, the Cross of Jesus Christ is a farce to him. Conviction of sin always brings a fearful binding sense of the law, it makes a man hopeless – “sold under sin.” I, a guilty sinner, can never get right with God, it is impossible. There is only one way in which I can get right with God, and that is by the Death of Jesus Christ. I must get rid of the lurking idea that I can ever be right with God because of my obedience – which of us could ever obey God to absolute perfection!

We only realize the power of the moral law when it comes with an “if.” God never coerces us. In one mood we wish He would make us do the thing, and in another mood we wish He would leave us alone. Whenever God's will is in the ascendant, all compulsion is gone. When we choose deliberately to obey Him, then He will tax the remotest star and the last grain of sand to assist us with all His almighty power.

“And Amaziah said to the man of God, But what shall we do for the hundred talents which I have given to the army of Israel? And the man of God answered, The Lord is able to give thee much more than this.”

A very important question this seemed to be to the king of Judah, and possibly it is of even more weight with the tried and tempted O Christian. To lose money is at no times pleasant, and when principle involves it, the flesh is not always ready to make the sacrifice. “Why lose that which may be so usefully employed? May not the truth itself be bought too dear? What shall we do without it? Remember the children, and our small income!” All these things and a thousand more would tempt the Christian to put forth his hand to unrighteous gain, or stay himself from carrying out his conscientious convictions, when they involve serious loss. All men cannot view these matters in the light of faith; and even with the followers of Jesus, the doctrine of “we must live” has quite sufficient weight.

The Lord is able to give thee much more than this is a very satisfactory answer to the anxious question. Our Father holds the purse-strings, and what we lose for his sake he can repay a thousand-fold. It is ours to obey his will, and we may rest assured that he will provide for us. The Lord will be no man's debtor at the last. Saints know that a grain of heart's-ease is of more value than a ton of gold. He who wraps a threadbare coat about a good conscience has gained a spiritual wealth far more desirable than any he has lost. God's smile and a dungeon are enough for a true heart; his frown and a palace would be hell to a gracious spirit. Let the worst come to the worst, let all the talents go, we have not lost our treasure, for that is above, where Christ sitteth at the right hand of God. Meanwhile, even now, the Lord maketh the meek to inherit the earth, and no good thing doth he withhold from them that walk uprightly.

“I find then a law, that evil is present with me, the one who wills to do good. For I delight in the law of God according to the inward man. But I see another law in my members, warring against the law of my mind, and bringing me into captivity to the law of sin which is in my members. O wretched man that I am! Who will deliver me from this body of death? I thank God—through Jesus Christ our Lord!”

Father God, today, my thoughts started out pure, and my steps were ordered by You, but then I left home. Now that I am out here in the world, things could change. Help me to stay the course today and not over react or stress out over the little stuff. 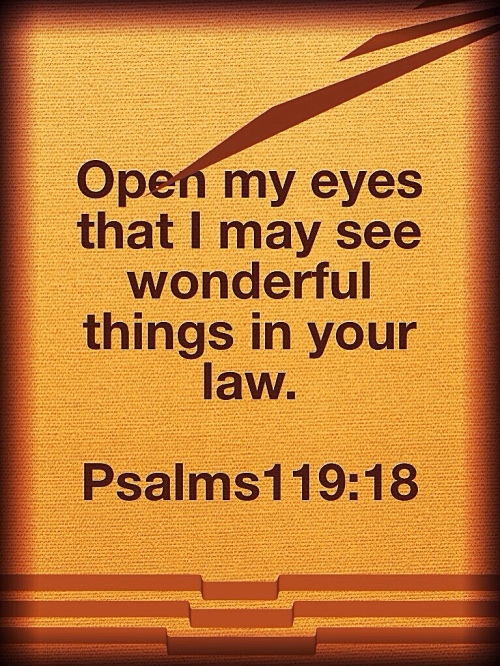